Our New Educational Portal Connects You To Our Team Of Experts

Building A Better Showroom, The Homepage For Your Retailer's Season


Download the free report and learn about the top 3 challenges retailers are facing. 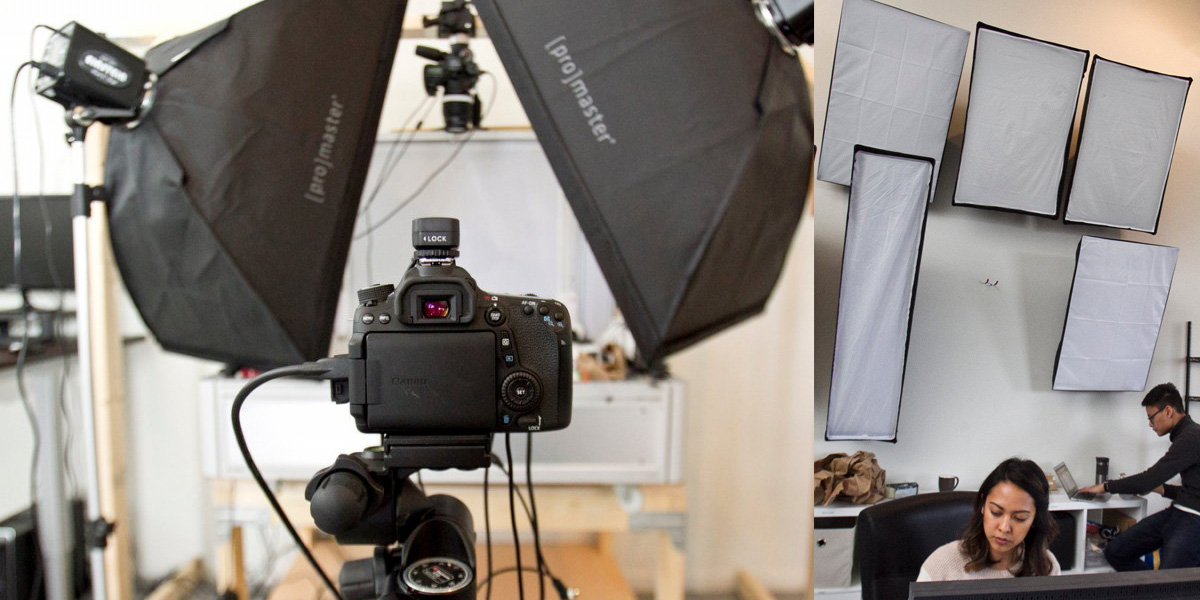 A Grand Rapids software firm is hitting its stride in the footwear business.

Appropos counts Saucony, Merrell, Crocs and Converse among its 15 clients.

The firm's software platform Envoy took off when the company launched Volta, a content division that includes a team of photographers. The result was a fast, reliable product documentation service that transforms the way manufacturers display their products online.

"It's kind of the e-commerce world that most consumers don't think about, but it is how products get on shelves," said CEO Jon Faber.

Appropos is making room at its downtown Grand Rapids office for Volta, currently housed in another building. The bigger location, at 678 Front Ave. NW #100, is expected to be completed by this fall.

Along with the expansion, the company is streamlining three monikers to one. Appropos will soon do business as Envoy, the name of its web-based platform, Faber said.

He launched the business just five years ago out of his basement.

What makes product documentation service a game-changer is the speed at which new products can be put uploaded to Envoy so buyers and vendors can make faster purchasing decisions.

"We developed a high-volume product photography," Faber said. "The value is that we can shoot very quickly and keep the quality up."

The photography is done either in its downtown Grand Rapids firm, or at the in-house studios of manufacturers. The firm's photographers can shoot 6,000 pairs of shoes in two weeks. We developed a high volume product photography. -- CEO Jon Faber

The shoes are shown against a white background from different angles: Top and sides.

Before the online catalog, sale reps often sold shoes without images. Instead they used renderings or had limited access to prototypes.

"We really just identify a need," Faber said. "We are very much out on our own with this."

The firm's first client was Saucony, before the Boston-based running shoe brand was acquired by Wolverine Worldwide in 2012.

The photos, which might be used to sell an order to retailers, may also end up on companies' consumer websites.

The firm has captured a quarter-million product images in three years for 15 global brands in the footwear and apparel industries.

"Footwear and apparel manufacturers use Volta to document thousands of products each season," Faber said. "Those photographs are used across many different wholesale channels, from online product catalogs to advertisements."

The staff has grown to 25 employees. One-third work in content as part of Volta, a team that includes designers, writers and four photographers. Contract photographers are also brought in at times. Together, they take and edit photos for the brands' wholesale online product catalogs, brand guides, product features and kiosk materials. 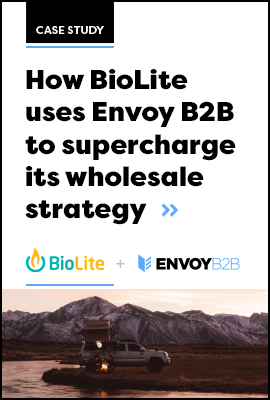 Turn Your Wholesale B2B Into A Strategy For Succes...

We're waiting to help you get started with your wholesale B2B journey.

Envoy B2B is a wholesale content and e-commerce platform that understands that people are the most important part of your B2B. We put the focus on what matters most - your team. We’ve built Envoy B2B to empower your reps, build stronger relationships with your retailers, and give your brand the power to build a stronger, more successful wholesale channel.

An Appropos Company
Based in Grand Rapids, Michigan